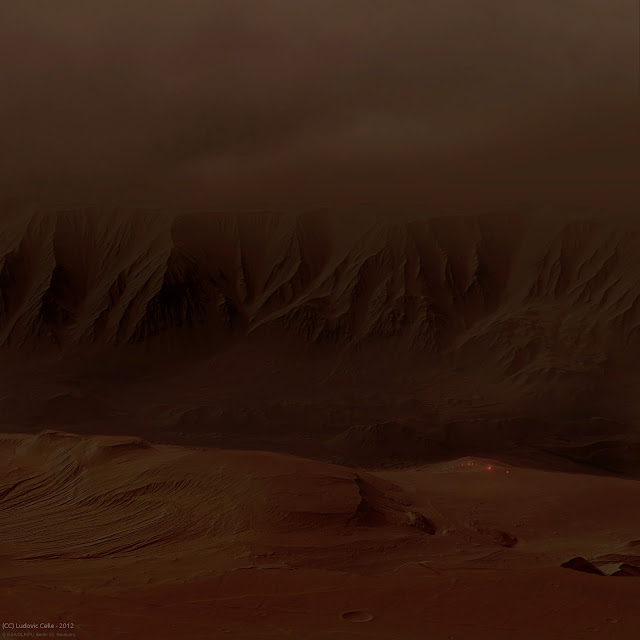 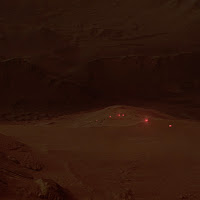 An almost invisible column of rovers is descending Candor Chasma in the night.
The original picture is a perspective version of Mars Express snapshots from 2006 (ESA link).
Though I have made the light spots as small as possible, they are still too large to be at scale because this "valley" is 40km large ! I will definitely explore more visions like that and will try to give a more realistic sense of the scale of such Mars location.

(Made with The Gimp on Linux-Ubuntu)
Publié par Ludo à 16:22